Fact Triangles is an application to practice multiplication and division facts. It is a project that Eric started for Alex when Alex was in 3rd grade and in late 2007 Alex took it over and made some major improvements (Universal binary and true Tiger and beyond support as well as self-updating features, not to mention publicly releasing it). Though it hasn’t been actively developed for years, we keep it here as an example of our early work and in case someone finds it useful. Also, it is signed and notarized to pass all modern Gatekeeper tests, and functions as well as it ever did even today in macOS Mojave (impressive since it was first made in the days of Mac OS X 10.2!). 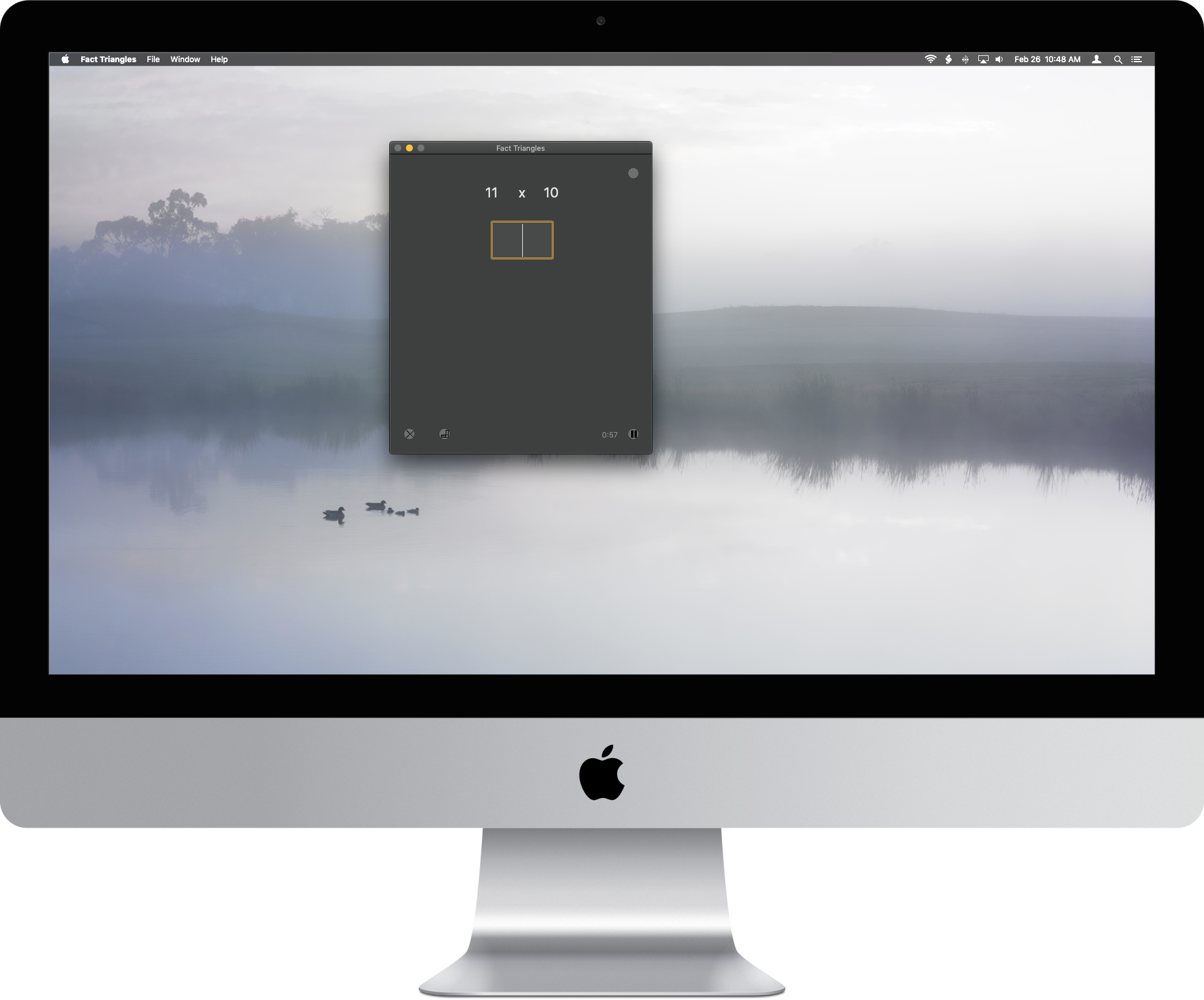